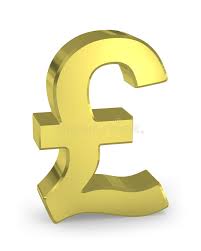 Rightmove has recently published a report indicating that price discounting has hit a seven year high, with nationally a third of listings having had their price reduced at least once since they were first put on the market.  Miles Shipside, director and housing market analyst for Rightmove said “a reduction in an asking price is often a sign of initial over optimistic pricing by an owner or agent, and whilst a price cut can boost buyer interest you have to overcome the negativity that arises when a property has not been snapped up quickly.”  Rightmove’s research shows a much increased chance of an early sale if priced sensibly at the outset, and in contrast if a property is overpriced initially it often means a price reduction to a lower level than if it had been more accurately priced from the beginning.  Jonathan Bye, director of Eric Lloyd & Co, commented that “setting an asking price requires careful consideration both from an estate agent and from a property owner.  Clearly a seller wants to achieve the best possible price within a reasonable time scale, sometimes ‘testing the water’ at a slightly optimistic figure.  If this does not produce a sale it is critical that a property’s position in the market is reviewed sooner rather than later to prevent it ‘going stale’ and being missed by potential buyers.”  If you are looking to sell this summer call Eric Lloyd & Co on Paignton (01803) 84446 or Brixham (01803) 852773 to arrange a valuation with one of our highly experienced valuers.